#AceNewsReport – Feb.06: Operations were underway on Friday to rescue around 40 people who became stranded in and around Minilya, about 120 kilometres north of Carnarvon:

‘Helicopters sent in to rescue dozens trapped in floodwaters across WA’s Gascoyne: A tropical low, previously expected to become WA’s first cyclone of the season, dumped hundreds of millimetres of rain in the state’s north last week, leading to flooding over major roads.

Truck driver Rob Minson was airlifted to safety by an RAC helicopter this morning, more than 36 hours after he became stranded on a patch of dry land along with three others.

“It was basically Gilligan’s Island,” he said.

“We were in the middle of nowhere.”

Local helicopter operator Justin Borg saved two women who were stranded with their vehicles near Minilya on Thursday.

“They were pulled up between two bodies of water on the highway, on a piece of dry land, and the water just rose and rose,” he said.

“It overcame one motor vehicle which we flew over. We could just see the roof sticking out of the water.

“Further up the road there was another vehicle with two ladies on board.”

The Department of Fire and Emergency services (DFES) also sent a helicopter from Perth to Minilya via Karratha this morning.

The Bureau of Meteorology said the tropical low is weakening as it moves south.

Both the Bureau of Meteorology and DFES said people needed to remain cautious of rising river levels and floods.

Mr Minson said while he was grateful for the work of emergency services, he felt more could have been done by Main Roads WA to keep people safe.

He said Main Roads personnel were at the Minilya Roadhouse on Thursday morning, but were not proactive in closing roads.

“We closed it based on the best information and advice at the time,” he said.

Helicopter pilot Justin Borg said he was also frustrated with the pace of government response to the emergency.

Mr Borg said he wanted to fly out again immediately after the initial rescue to reach more vehicles trapped by rising waters.

He said he spent most of the day on a phone call to the Department of Fire and Emergency Services (DFES) office in Perth seeking permission.How to plan for floodingIf you could be cut off by floodwaters, make preparations. ABC Emergency has put together a list of things you should do if you are affected.Read more

DFES Midwest-Gascoyne Superintendent Craig Smith said Mr Borg was not allowed to complete further rescues because his helicopter was piston-engined.

He said DFES policy was to use turbine-powered vehicles, which were deemed to be safer.

Mr Smith said there was no threat to lives, so it was safe to wait overnight for a DFES-approved chopper to arrive from Perth.

“The situation was not life threatening, so therefore the policy was applied,” he said.Loading

But Mr Borg said the wait time for a DFES helicopter – which he said took a full 24 hours after people first became stranded – was unacceptable and that he should have been allowed to go ahead.

He said waiting for helicopters from Perth further endangered those stranded.

“I think what we’re seeing here at the moment is just bureaucracy putting lives at risk again and decisions being made from the great South West, which really is a slap in the face to our local community,” he said.

Truck driver Barry Mason, who was stranded at Minilya Roadhouse, had to wait more than 24 hours for the arrival of the DFES-commissioned helicopter.

He said he he thought Mr Borg should have been allowed to fly out to him on Thursday.

“I would have preferred Justin come out and start transferring people when he was available to help,” he said. 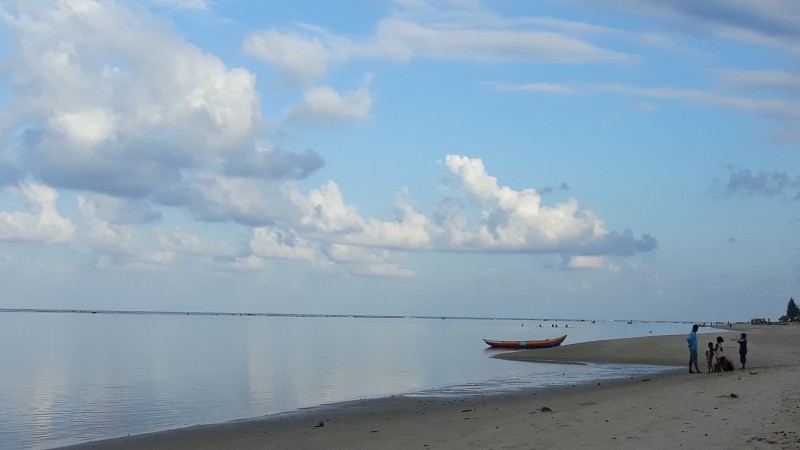 “A mind, like a home, is furnished by its owner, so if one’s life is cold and bare he can blame none but himself.”–Louis L’Amour THE STORY BEHIND THE PHOTO: “Like any other, the Chihuahuan Desert permeating the lower Big Bend region is one of a hard environment, survived only by equally hardy creatures and […]

Outstanding people have one thing in common: an absolute sense of mission

(UKRAINE) NATO REPORT: As reported, on April 15, the Foreign Ministry of Ukraine expressed its resolute protest against Russia’s restrictions on freedom of navigation in the Black Sea #AceNewsDesk report

This is our daily list of posts on that are shared across Twitter & Facebook and Shared here on mydaz.blog/  ‘Todays selection of posts from across our publishing panel, Twitter & Telegram with Kindness & Love’  March: 18/04/2021: @acenewsservices (LIVERPOOL, U.K.) JUST IN: Merseyside Police Report: Detectives are appealing for witnesses after a man fell from […]

This is our daily list of posts that are shared across Twitter, Facebook & Tumblr and Shared here on My.Daz.blog  ‘Todays selection of posts from across our publishing panel, Twitter & Telegram with Kindness & Love’  April, 18, 2021: @AceDailyNews  Long Island Police Investigating Death Of Man Found Lying On Sunrise HighwayApril 17, 2021Highway Patrol officers […]

It’s easy to allow an event or a situation in our life to define us – maybe it’s a broken marriage, the loss of a job, a financial obstacle. We wrongly think, “There’s nothing I can do to ever get out of this or make things better”. We can get so distracted by our possibilities […]

This is our daily list of posts that are shared across Twitter & Facebook and shared on mydaz.blog/ ‘Ace News Room says here is todays breaking news posts from across our publishing panel, Twitter & Telegram with Kindness & Love’  April, 18, 2021: @Breaking144 #Breaking144 – Suspect Killed In Unincorporated Hayward Deputy-Involved Shooting17/04/2021An armed suspect was […]

(BELARUS) JUST IN: The National Bank of continues to lose its gold and currency reserves as the value of their ruble continues to fall after the protests and lack of economical movement within the country with the #pandemic and striking workers #AceNewsDesk report

#AceNewsReport – Apr.18: Since the beginning of 2021, the reserves of the National Bank have lost $310 million due to the repayment of the external national debt and the fall in the price of gold: Belarus on verge of economic collapse as foreign currency reserves dry out: In April the Belarusian ruble broke the “bottom” […]

Ben Roberts-Smith denies allegations by 60 Minutes, says no evidence to support claims: Nine, through its program 60 Minutes, alleged that Mr Roberts-Smith buried USB drives containing purportedly compromising material in his backyard, rather than providing them to police and military investigators. Posted 5d ago, updated 5d ago Key points: In a report, Channel Nine alleged Mr Roberts-Smith did not […]