Cult leader James Salerno has been sentenced to10 years behind bars for 8 counts of ‘unlawful intercourse with a child’ !

“Unlawful intercourse with a child”, seriously?

James Gino Salerno the 72 year old leader of a cult, once based in the Adelaide Hills, who repeatedly sexually abused a teenage member of the group has been jailed for at least eight years and no more than 10 years.

Salerno or “Taipan” as he insisted on being called by his followers, was found guilty at trial of eight counts of unlawful sexual intercourse with a child. District Court Judge Paul Slattery sentenced Salerno to 10 years in prison with a non-parole period of eight years.

We completely agree with you, it should be labelled what it is CHILD RAPE ! However the legal definition is unlawful intercourse and as that is the official charge, that is what we have included.

After the sentence was handed down, the victim — who cannot be identified for legal reasons — told the ABC she felt “justice has been served”. “The girls can sleep easy now, the ones that are still left in there,” she said. “That’s all I wanted from the start, to help the other girls.”

The brave survivor was referring to the other girls still trapped in the cult. They are whom she went to court to help, not herself, and that is true bravery.

In handing down the sentence, Judge Slattery said Salerno — known to his followers as “Taipan” — groomed his victim and sexually abused her over a two-and-a-half-year period. “You abused your position of primacy within the group to not only groom and sexually abuse the complainant but to ensure that she was fearful of speaking out about your actions,” he said.

“[You] instilled in her thoughts that no-one would believe her, even if she did speak out.”

“Your offending has had a profound effect on the complainant as she is still suffering ongoing physical, mental and emotional issues.”

“Taipan’s cult” was a 30-strong group that moved between addresses in SA and in Queensland, as well as their long-established WA base at El Questro Cattle Station, near Kununurra. During the trial, the court was told the victim was trained to act as Salerno’s personal groomer and servant before she was sexually abused. She was too frightened to disobey him.

Prosecutor Patrick Hill said her terror, and resultant willingness to submit to Salerno’s sexual whims, was best exemplified by an incident that occurred when she was 11. He said the girl’s father — a “low-ranking” member of the group — had disciplined her brother in a way that displeased the leader, and so was to himself be punished.

“A high-ranking member produced a large stick, known to the girl as the ‘punishment stick’, which was about 1.2m long with a large ball or wooden knot at the end,” Mr Hill told the court at the opening of the trial last June.

“Her father was told to kneel down, and the girl was made to strike her father across the head … she didn’t want to do it but she knew she had to, or she would be in trouble.

He said the leader had total control over his devotees, each of whom had pledged their lives — and all of their finances — to his quest for “the ideal human environment.”

On Friday, Salerno, 72, was remanded in custody by South Australian District Court Judge Paul Slattery, who had presided over a judge-only trial.

“I am satisfied beyond reasonable doubt that the accused had an inclination to engage in the charged sexual conduct with the complainant and he was willing to act upon that inclination,” Judge Slattery said.

The victim, now a woman, was sexually assaulted from the age of 13 to 16, while living with the group in a mansion at Aldgate in the Adelaide Hills.

“All of these people lived in a group environment that had a number of specific characteristics. Children were raised homogeneously as members of the group and without the typically understood relationship between a parent and a child,” Judge Slattery said.

“Each member of the group had a ranking decided according to their emotional quotient (“EQ”). Children had a similar ranking structure. The accused formulated the ranking structure and the method of measuring a person’s EQ which in turn informed that person’s rank.”

“This shows the almost complete destruction of her family unit, before the abuse, and its replacement with the ranking structure — at the top of which sat Salerno.”

The judge said members lived on a 10ha estate in Aldgate called S Estate. It comprised a mansion house, a large barracks building and smaller outbuildings. Adult members lived within various places in those buildings, while the children slept in dormitory-style accommodation on the upper floor of the barracks.

“The creation of the group and its activities commenced from an idea formulated by the accused who decided that he should pursue the crafting of the Ideal Human Environment, known by the acronym IHE,” Judge Slattery said. “Each of the members of the group, including children, were required to pursue the attainment of the IHE.

“In the group, the accused consequentially held a position of primacy. His thoughts constituted the initial rules and doctrines of the IHE as part of his own formulation and that did not change. Each member of the group was to be constantly involved in research about how to achieve the IHE.”

Justice Slattery said Salerno had the highest EQ ranking in the group and was served by a group of women who were at his beck and call all of the day and night. Judge Slattery added: “From the time that she left school in 2003, the complainant became one of the women who served the accused; she appears to have been the youngest such woman. She was called to serve the accused at any time of the day or night … Soon after the complainant commenced in his service, the accused in turn commenced grooming her for a sexual relationship.

“On two occasions (counts 1 and 2) the accused had sexual intercourse with the complainant in that room. From that time and at all times, he required the complainant never tell anyone of this activity.

“Subsequently, the accused took the complainant camping to the same place on two occasions (counts 5 and 6). On the first occasion, two other children attended and after they were put to sleep, the accused had sexual intercourse with the complainant in the back of his car.

“On the second occasion, the accused took the complainant camping on her own. He had sexual intercourse with her again in the back of his vehicle.

“Shortly after the camping trip, the complainant ran his bath and he told her to get into the bath with him. At the end of the bath and after drying the accused, the complainant was taken by the accused to his bedroom where sexual intercourse occurred on his bed (count 7) … There was a further event of sexual intercourse (count 8).
Children cannot give consent and as such, every single one of those 8 charges should read.. RAPE.

“From Aldgate in South Australia, the group moved to the Gold Coast area in Queensland and then later to Kununurra in WA. The complainant’s relationship of service with the accused continued until she left the group in 2009.”

“It is known that the accused has, at all relevant times, been called ‘Taipan’. He said that this was a name given to him by a friend or an army acquaintance who had an interest in snakes.” The victim’s mother, who lives in WA, agreed to give evidence during the trial against her former leader.

Judge Slattery rejected Salerno’s evidence. “I have found that at times, his evidence was inconsistent, it could not be reconciled with objective facts and on quite a number of occasions was plainly inaccurate and unreliable,” he said.
Salerno is believed to have first established a base at El Questro Station Cattle Station in WA in about 1984. “The El Questro Cattle Station property was operated as a commercial operation for the group,” Judge Slattery said.

In stereotypical arrogant child abuser fashion Taipan denied any wrong doing what-so-ever all the way through the trial. He truly believes he did absolutely nothing wrong and as such has proven that there is simply no way he can be rehabilitated.

We believe he should have been given the full 25 years behind bars and serve the maximum sentence for his crimes ! There is no possible way this girl is the only one he has, or is, abusing and we at FACAA can only hope that now the truth has come out about this monster his cult members turn their backs on him and find their own ideal human environment, one that doesn’t include the raping of children.

During a pre-sentencing hearing earlier this month, the victim told the court that the crimes had destroyed her childhood. “I felt like I was only ever a piece of meat for Taipan to use when and where he wanted,” she said.

“I feel ashamed, upset and hurt that I let Taipan treat me like I was nothing and that I didn’t have the courage to stand up to him sooner.”

She spoke of feeling suicidal and like she “couldn’t see the light at the end of this terrible and traumatic tunnel”. “I felt like I was being brainwashed, belittled and isolated,” she said. “I felt so violated and damaged, like my dignity and innocence had been stolen from me.”

FACAA wish to applaud the young girl at the centre of this case, without her selflessness and bravery Salerno may still be living his lavish lifestyle with servants at his beck and call and young children in danger of being preyed upon.

A-man-I-know-begs – for long, straight-legs and Isaac’s got “hips” on his mind,

And some men want milk, from pendulous breasts, whereas some-simply-love:

There are all sorts of girls – and guys in The World, and preferences range high & low,

It might take a-little-while (and se-ver-al miles) to track down your perfect, sweet “mate,”

For me, in my dreams, my perfect gal beams – and-smiles with-a mischievous look!

But NOT mild in s – x; she’s my Tyra-X-Rex, for in bed, flames fly high overhead!

What-A-PACKAGE, right-size, from her breasts – to her thighs, which are strong and can BOUNCE! ALL AROUND, 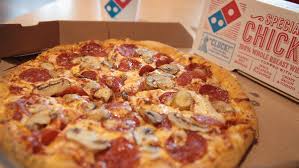