Russia Ukraine Conflict: Fact-checking Russian TV’s Ukraine claims that Russia has played down accusations of a military build-up near Ukraine’s border – a view amplified by a state television channel, which has broadcast misleading footage about US tanks and planes.

An American plane lands in Alaska – not Ukraine

A recent report on the programme detailed the alleged build-up of Nato military hardware in Ukraine.

“Never before has there been so much of the alliance’s military equipment on Ukrainian soil,” said the narrator over footage of an American C-17 military transport plane landing on an airstrip.

But the aircraft did not, in fact, land in Ukraine.

The footage – apparently taken from the website of the US Department of Defense – actually shows the C-17 landing at Joint Base Elmendorf-Richardson in Alaska.

In the original version of the clip, mountains can be seen faintly in the background, but in the Russian version, they are not visible at all.

The Russian news report was sourced to a YouTube channel which says it broadcasts “US military news”. That channel posted a slightly different and longer version of the plane landing. And the clip appears to have been brightened – an effect that obscured the mountains in the background.

But other details in the clip align exactly with the US Department of Defense video from Alaska. For instance, a white building, a small shack with a green roof, and other small details are visible in both pieces of footage.

There’s no doubt the video clips came from the same source material – shot in Alaska, not Ukraine.

Old footage shows an American tank in Bulgaria – not Kyiv

The Vesti Nedeli report went on to suggest that American tanks have been delivered to Ukraine.

It showed a clip of a US M1 Abrams tank being unloaded from a military transport plane, with a voiceover suggesting that the footage was either from the capital, Kyiv, or Lviv, in western Ukraine.

In fact, the footage is from Burgas, Bulgaria, site of a military exercise called Operation Speed and Power in 2015.

Again, it’s US Department of Defence footage – a video and still images of the unloading were published by the American military.

We managed to find the original footage by searching through lists of details of the military hardware in the clip.

And again the details in the two clips match up, proving the falsehood beyond a doubt. Both the original video and the footage shown on Russian TV contain identical details such as a Lukoil truck and a man wearing a high-viz jacket.

Tracking down a Lord Palmerston ‘quote’ – that he never said

The high profile show also featured discussion about how the US was allegedly “pushing” Ukraine towards war with Russia.

Mr Kiselyov, once dubbed Russia’s “chief propagandist”, referenced a quote from an unlikely source to lament his country’s plight: Lord Palmerston, British Prime Minister during the Crimean War in the 1850s.

The presenter quoted him saying: “It’s so difficult to live when no-one wages war on Russia.”

It was a useful historical argument for Mr Kiselyov’s views, with one problem – there’s no evidence that Lord Palmerston ever said it.

BBC Monitoring’s Russia specialists went in search of the quote but were unable to find a credible record of the former prime minister ever saying it.

The University of Southampton, which holds an extensive Palmerston collection, also found no record of him making these comments. According to the university’s archivist, there are no references to it in Palmerston: A Biography by David Brown.

In Russia, Lord Palmerston’s observations have been reported as part of a speech he made in the House of Commons on 1 March 1848. But the quote is not in the official transcript of that address.

The earliest mention of the remarks that we’ve found attributed to Lord Palmerston are contained in a work of historical fiction – published in 2011.

The same phrase appeared in a blog post of another Russian fiction writer two years later.

The main impression being transmitted on Russian state TV seems be that Ukraine and the West are somehow responsible for the upsurge in tensions. But the programmes offer little in the way of details as to what exactly they did to spark the tension.

The gap has been filled by various, at times conflicting theories- a tactic used in the past by Russian state media when Moscow is accused of something, such as during the Salisbury poisonings.

At times, a West bent on weakening Russia is cast as egging Ukraine on, at other times, it is a supposedly bloodthirsty Ukraine trying to drag the West into a war of revenge against Moscow.

There has also been an emphasis on emotional coverage of victims of alleged Ukrainian aggression in the conflict area. Ukraine alleges that Russia is to blame for most ceasefire violations.

Another claim is that Ukraine and the West are massing forces in the region.

But again, details are sketchy, and the footage used to illustrate this has at times been out of date.

So Ukraine says any military activity on its side is a response to the recent Russian military build-up in the region. 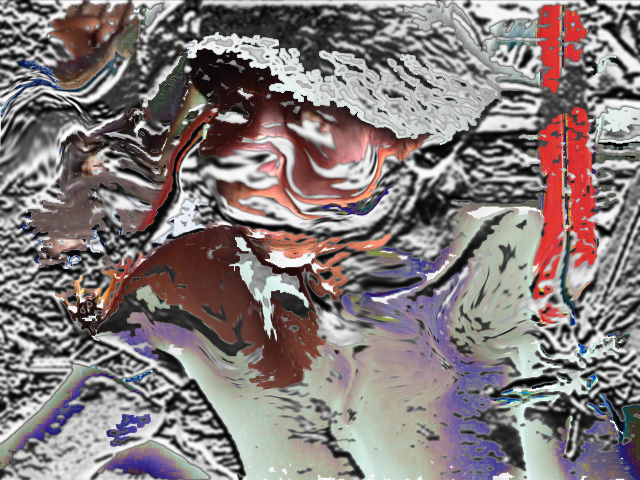 My first thee book signings and talks are confirmed, and information on each is listed below. Folks, these are special events for me. They allow me to meet you, the individual reader who has supported and encouraged my work.You are my greatest asset, and frame the characters and the country that I write about, as […]

#AceNewsReport – June.13: In June last year, detectives from the State Crime Command’s Drug and Firearms Squad, with assistance from the NSW Crime Commission (NSWCC), established Strike Force Wolara to investigate the activities of a criminal syndicate suspected to be involved in the supply of prohibited drugs across the state: NSW: Last Wednesday (2 June […]

This is our daily list of posts on that are shared across Twitter & Facebook and Shared here on mydaz.blog/  ‘Todays selection of posts from across our publishing panel, Twitter & Telegram with Kindness & Love❤️’ June.13, 2021: @acenewsservices (CORNWALL, U.K) G7 REPORT: A dozen officers, who are supporting policing are self-isolating following a positive […]

This is our daily list of posts that are shared across Twitter & Facebook and Shared here on My.Daz.blog  ‘Todays selection of posts from across our publishing panel, Twitter & Telegram with Kindness & Love❤️’  June.13, 2021: @AceDailyNews There’s a Devil Loose: Thirteen People Are Injured After Shooter Opens Fire in Austin’s Busy Entertainment District […]

#AceNewsReport – Jun.13: During the first week of the high-stakes defamation trial, the Federal Court in Sydney was given not only an insight into Mr Roberts-Smith’s risky battles against Taliban insurgents in Afghanistan, but a preview of how Nine Entertainment Co will defend the reports that triggered the case: SYDNEY: Mr Roberts-Smith claims he was […]

This is our daily list of posts on that are shared across Twitter & Facebook and Shared here on mydaz.blog/  ‘Todays selection of posts from across our publishing panel, Twitter & Telegram with Kindness & Love❤️’ June.13, 2021: @acenewsservices ‘China & Asia Daily News’ Craig Hill: China News What the world is saying about China […]

#AceNewsReport – June.13: She was greeted by supporters and media – but was driven away without making any comments: The authorities did not say why she had been freed early: HONG KONG: Activist Agnes Chow released from prison after she was jailed last year and China later imposed a national security law to stifle dissent […]

(SCOTLAND) QUEEN’S OFFICIAL BIRTHDAY CELEBRATIONS REPORT: Has been marked with a scaled back celebration for a second year due to #COVID19 as she awarded a number of people with honours #AceNewsDesk report

#AceNewsReport – June.13: It comes ahead of the Queen hosting US President Joe Biden on Sunday: Trooping the Colour: Scaled back celebration for Queen’s official birthday as this year’s saw a reduced parade in the grounds of Windsor Castle, rather than in central London, led by the Scots Guards while in 2020 the event was […]

(NEW SOUTH WALES) NSW Police Report: A man has been charged and will face Court, while three men remain in hospital following an alleged stabbing on the North Coast yesterday #AceNewsDesk report

#AceNewsReport – Jun.12: The men, aged 20, 32 and 45 were treated at the scene by NSW Ambulance paramedics, before being taken to Lismore Base Hospital, where they remain in a stable condition. Man charged following alleged stabbing – Lismore: About 2.30pm (Friday 11 June 2021) officers from Richmond Police District were called to Campbell […]