#AceNewsReport – Feb.24: The outbreak continues to heavily impact the fishing and aquaculture industries in the Moreton Bay and Logan River area because the virus continues to be detected in the wild and strict biosecurity measures remain in place:

White spot is harmless to humans but deadly for prawns, crabs and crayfish, and an outbreak of white spot disease in 2016 devastated prawn farms in south-east Queensland, causing an estimated $50 million in production and associated losses.

EB Ocean’s shipment was months before the outbreak and the infected product was re-exported out of Australia, but those in the aquaculture and fishing industries are outraged by this close call.

They say anyone who is not careful about white spot are “dodgy operators” who deserve a jail term as white spot threatens their livelihoods.

“It’s a disgrace, it could ruin the livelihood of an entire seafood industry,” said Matt Poile from bait company Tweed Bait.

Company under investigation in 2017

7.30 first revealed the company — then called Sino Dilin — was under investigation in January 2017 when then-agriculture minister Barnaby Joyce accused it of swapping prawns to pass inspections, comparing the conduct to sports drug cheats swapping urine to pass drug tests.

“There’s a strong case that people have been swapping prawns,” Mr Joyce told 7.30.

“If they’ve done it, it’s a criminal event and we’ll nail them.”

Through court documents and a freedom of information application which included obtaining photo and CCTV video evidence, 7.30 can reveal details about the prosecution of EB Ocean.

According to the prosecution, a secret inspection by Border Force and officers from the Department of Agriculture took place at the Container Examination Facility after the prawn shipment arrived in Melbourne.

Shortly afterwards, the prawns were delivered to EB Ocean’s warehouse in Brooklyn in Melbourne’s western suburbs and biosecurity officers turned up to inspect the shipment again.

The company gave them prawns in different boxes to the ones photographed at the secret inspection.

These new prawns would test negative and were kept in white cartons with no branding.

Labels from the original shipment had been put on them which officers claim was to make it appear as though they were the correct prawns.

Two days later, inspectors came back demanding to see the correct prawns — and that’s when the excuses made by the company started.

First, the company said the cartons had fallen and could not be accessed.

Then, the power and lights went out and an electric freezer door stopped working, so a technician was called.

Court documents reveal that company director Jack Zhang was seen by officers driving a forklift to move cartons between freezers until they told him to stop.

When a service technician arrived to fix the freezer door, he was allegedly told not to fix it, which, according to the court documents, prompted the technician to ask whether the freezer contained “dead bodies or something?”

It took seven and a half hours for inspectors to finally access all the prawns from the shipment.

EB Ocean pleaded guilty to two counts of breaching the Biosecurity Act for hindering the inspection and storing prawns outside a biosecurity area, and was convicted and fined $80,000 in the County Court of Victoria on the 11th of December 2019.

But for the industries that face the potential cost of another outbreak, that fine is not enough.

Gaping holes in the system easy to exploit

Former inspector-general of biosecurity Helen Scott-Orr said there were concerns about whether penalties for importers who breach biosecurity laws were sufficient to deter rogue players.

“Certainly the fine pales into insignificance compared to the potential profits, and those fines needed to be strengthened,” she said.

In a review of Australia’s biosecurity defences following the 2016 outbreak, Helen Scott-Orr found there was a major failure to stop the systematic rorting by importers because the Department of Agriculture had left gaping holes that were easy to exploit.

Her recommendations included much stronger penalties for serious breaches of biosecurity laws by importers.

The Morrison government is yet to do that, however Agriculture Minister David Littleproud said beefing up penalties is a priority.

“I have deep concerns, not only about the penalties and around the convictions and the ability for these companies to continue to operate, but I also have some concerns around some of the protocols that we’ve put in place,” he said.

In a statement, the Department of Agriculture, Water and the Environment confirmed penalties were currently under review.

“The department strongly supports a penalty system that reflects the seriousness of any breach of the law,” it said.

In a statement, EB Ocean said it “was never accused of infecting any Australian seafood stocks”, and “had nothing to do with the outbreak of white spot disease in Queensland”.

The company also disagreed with the suggestion the $80,000 fine was inadequate, stating: “This small family company has ceased trading, with the loss of the jobs of its nine employees and income for its owners.”

Public deserves a ‘level of transparency’

The Department of Agriculture, Water and the Environment declined to answer specific questions about EB Ocean, including how many shipments of imported seafood it had brought into Australia prior to the August 2016 shipment and whether it could continue importing seafood.

According to evidence in the County Court of Victoria, the Department suspended the company’s import permits in September 2016.

The department said in a statement: “Should an importer undertake imports on behalf of an entity deemed as not a ‘Fit and Proper person’, the department is open to consider the variation, suspension and or revocation of import permits.”

The department argued it could not answer the ABC’s questions because they contained commercial-in-confidence information and the ABC should consider submitting another Freedom of Information application.

Minister David Littleproud told 7.30 he was concerned by the department’s stance, saying it showed a lack of transparency.

“I’ve challenged the department around this. I think there is a level of transparency that needs to come forward, particularly when there is a conviction that has been recorded. I think the public deserves that,” Mr Littleproud said.

“I expect that to be rectified.”

Increased inspection and testing measures are now in place, resulting in 26 shipments of imported prawns infected with white spot being detected and the product being exported out of Australia.

The Morrison government has also asked a scientific advisory group to examine whether current protections are adequate to prevent another outbreak.

Currently, wild-caught prawns from Moreton Bay in south-east Queensland — where the virus has been detected — must be cooked before they can be moved out of a biosecurity area, which has increased the cost on the fishing industry.

However, prawn farmer Dan Rossman believes the risk of another outbreak remains too high unless imported prawns are also cooked to kill the virus.

“I believe that green prawns should not be imported into the country, just due to the risk of bringing in white spot,” Mr Rossman said.

‘It doesn’t even pass the pub test’

Farmer Dan Rossman is harvesting another season of prawns to be sold in supermarkets.

And despite investing heavily in extra biosecurity measures, he fears another major outbreak of white spot in his ponds would make it hard to survive.

“It is pretty worrying. I worry a lot about what could happen.

“It was one of those terrible things that didn’t need to happen, but it happened, and now we’re living with the consequences of someone else’s mistakes, I guess.” 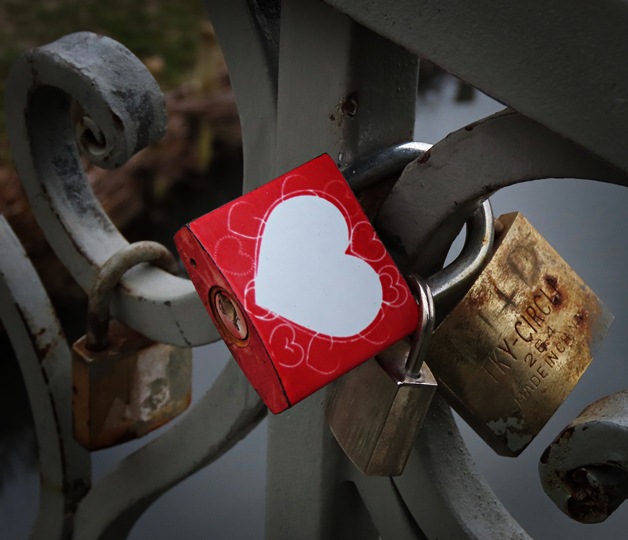 Knowledge is realizing that the street is one-way, wisdom is looking both directions anyway

He who trusts secrets to a servant makes him his master.

This is our daily list of posts on @acenewsservices that are shared across Twitter, Facebook & Tumblr and Shared here on My.Daz.blog ‘Todays selection of posts from across our publishing panel, Twitter & Telegram with Kindness & Love’  March: 02: 2021: (BIRMINGHAM, U.K.) JUST IN: WM Police Report; Officers have launched an investigation after shots were fired […]

(AUSTRALIA) FEATURED: Dik, Brian and Vera’s families paid top dollar for them to live at a “lovely” nursing home, but damning reports from the aged care regulator and allegations by a group of trainee nurses tell another story #AceNewsDesk report

#AceNewsReport – Mar.01: It was two days before Christmas last year when Lea Hammond received a call from her father’s nursing home in Perth saying an ambulance was taking him to hospital. There was a heatwave that day, with temperatures reaching 40 degrees Celsius: Love Thy Mother & Thy Father unless is like: The story […]

Ace says ……Its time for love with the lady of your ❤️ & soul-mate forevermore …..Amen

Hello my Friends, Followers & Readers it time for there’s more ….so firstly this time its about those people looking for the perfect mate like God brought to Adam by creating him in heaven …but there’s more …. So on Earth as it is in Heaven begins the story of God knowing us before we […]

Worry does not empty tomorrow of its sorrow; it empties today of its strength.

Ask Us: Common Questions Asked by Partners of Sex Addicts

#AceWeatherReport – Mar.01: The system is expected to develop to tropical cyclone strength on Tuesday and will be called Niran: But the BOM’s Townsville radar is offline due to a technical fault and will remain out of action for days: #AceWeatherDesk With Kindness & Wisdom says ….Tropical cyclone predicted to form on Tuesday as technical […]

(MOSCOW) Alexey Navalny Court Case: On February 2, during a hearing that will determine if he remains in prison for several years to come, the opposition figure addressed the court, delivering a short speech in which he maintained his innocence and condemned Russia’s political and legal system for corruption and repression #AceNewsDesk report

#AceNewsReport – Mar.01: I would like to begin by discussing the legal issue here, which seems to me to be paramount and a bit overlooked in this discussion. There are two people sitting right there and one of them is saying: let’s lock up Navalny because he showed up [to meet with his parole officers] […]