#AceNewsReport – Feb.14: A Melbourne man has walked and run the equivalent of 56 marathons from Melbourne to Brisbane for charity, fuelled by service station meat pies, raw veggies, and the kindness of strangers:

‘Kindness & Love of strangers helps man complete gruelling 74-day charity trek from Melbourne to Brisbane there by the Grace Of God Go I ….Guiding Your Way’

Domenic Moore, 27, has completed a gruelling 74-day journey from Melbourne’s Flinders Street Station to Brisbane’s South Bank, racking up daily steps that would put your 10,000 to shame.

“One morning I just woke up … and I just had this dream of walking from Melbourne to Brisbane,” Domenic told ABC Radio Brisbane.

Six weeks later, on November 26, Domenic was off and running, armed with only a backpack of supplies.

“The whole challenge for me was to do this unsupported.”

And just to add to the already mammoth task, he decided to do so barefoot.

Domenic wanted to raise money for the Indigenous Marathon Foundation, inspired by his own passion for Indigenous culture and connection to the land.

The foundation’s founder and director Rob de Castella said he was incredibly inspired by Domenic’s efforts.

“We use running to promote a healthy lifestyle within Indigenous Australia but also to install a sense of pride and achievement and accomplishment,” he said.

“It’s wonderful to see the resonance that the Indigenous Marathon Program and the foundation is having with not just Indigenous Australians, but all Australians.

“I literally couldn’t stand up,” he said.

He stopped to let his feet heal at a motel and added sneakers to his tool kit but that is where the luxuries ended.

“Beside the 12 days when I slept indoors, I was sleeping on a tarp and a sleeping bag, open to the weather.”

After a lunch break he would walk until about midnight.Loading

Armed with a diploma in nutrition, he opted to eat raw foods when he could — in addition to the service station meat pies and sausage rolls.

“If I didn’t have that, I would just go lethargic.”

Domenic said it was the people he met along the way that gave him the most energy.

“I met some incredibly kind-hearted people who just made the journey so incredible.

“Just those moments of connection and people going out of their way to help you. There was just so many of those.”

Domenic was quickly noticed in the smaller towns, where people showed an interest in what he was doing, including the community at Golden Beach in Victoria.

“When I got to the town, there was food already paid for me, there were 15 of them there that had been talking about me,” he said.

“Someone let me sleep in the back of their place.

“The whole town just came out.

The warm welcomes and kindness were a stark contrast to the gruelling days of walking through rain or blistering heat.

“If you live [life] with contrasts, it just makes it so incredible,” Domenic said.

Domenic set out with the aim of raising $10,000 but his plans to promote the fundraiser and post updates on social media largely went out the window when the reality of the physical challenge in front of him set in.

“I literally couldn’t summon the strength to think of anything else.”

Domenic is about $7,000 away from his goal but he hopes to reach his target.

When Domenic crossed the “finish line” of South Bank in Brisbane, on Thursday afternoon — 74 days after setting off — his brother Isaac was there to surprise him. Loading

The two brothers hadn’t seen each other for a year.

“I’d been watching his Instagram and I saw that he was going to be finished just after I finished work so I thought, ‘This is awesome, I can sneak down there and surprise him,'” Isaac Moore said.

So what’s next for Domenic. 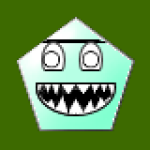 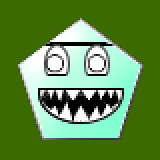 Amazing effort. I simply loved it. Thanks for sharing

You love the roses – so do I. I wish The sky would rain down roses, as they rain From off the shaken bush. Why will it not? Then all the valley would be pink and white And soft to tread on. They would fall as light As feathers, smelling sweet; and it would be […]

You can do anything ~

Your personal growth is a measure of God’s unconditional love you embody! Share this with someone you love and be blessed!

Ask, and You shall receive . “HE” delivers miracles when you are ready. Amen

Walk with me I will teach you Listen to me I will speak Continue to meet Me, despite all opposition and every obstacle, despite the days you will not hear any voice, and there may come no intimate heart to heart telling As you persist in this, and make a life habit of it, in […]

“WORTH IT” What is life worth, if it must mean: being as they are. A boy scout’s not so bad, my friend, and I could go quite far, If I could take some decency, a little there on board, And be right satisfied, my friend, with what I can afford. Is life worth much, if […]

“PERFECTION IS A VOTE FOR US!”

“PERFECTION IS A VOTE FOR US!”Why can’t we let perfection die?  Is it so hard to do? Yes, it is because we’re always looking for “brand new.” We think that brand new is better, and it can be attained, Yet, every time we’ve tried for it, we exit over-strained. On THIS side is perfection, or, […]

“Nonsense In America”It’s just a bit of nonsense, in America, not profound, Which masquerades as serious, but desecrates the ground. America!  Don’t let the turkeys come and get you down, Like politicians, lawyers, doctors – They will make you frown.A black man’s killed, a white man too; this is a good excuse, To pillage, burn […]

Have you been wondering what your life’s work is? Look inside your heart… Your Life’s Work

“Beauty is that which attracts your soul, and that which loves to give and not to receive.” Wisdom

Time doesn’t wait on anyone.