I did not feel at all sea-sick. But as the days passed, I became fidgety. I felt shy even in speaking to the steward. I was quite unaccustomed to talking English, and except for Sjt. Mazmudar all the other passengers in the second saloon were English.

I could not speak to them. I could rarely follow their remarks when they came up to speak to me, and even when I understood I could not reply. I had to frame every sentence in my mind before I could bring it out.

I was innocent of the use of knives and forks and had not the boldness to inquire what dishes on the menu were free of meat, I therefore never took meals at the table but always had them in my cabin, and they consisted principally of sweets and fruits which I had brought with me.

Sjt. Mazmudar had no difficulty, and he mixed with everybody. He would move about freely on deck, while I hid in the cabin the whole day, only venturing up on deck when there were but few people. Sjt. Mazmudar kept pleading with me to associate with the passengers and to talk with them freely.

He told me that lawyers should have a long tongue, and related to me his legal experiences.

He advised me to take every possible opportunity of talking English, and not to mind making mistakes which were unavoidable with a foreign tongue. But nothing could make me conquer my shyness.

An English passenger, taking kindly to me, drew me into the conversation. He was older than I. He asked me what I ate, what I was, where I was going, why I was shy, and so on.

He also advised me to come to the table. He laughed at my insistence on abjuring meat and said in a friendly way when we were in the Red Sea: ‘It is all very well so far but you will have to revise your decision in the Bay of Biscay.

And it is so cold in England that one cannot possibly live there without meat.’ ‘But I have heard that people can live there without eating meat,’ I said. ‘Rest assured it is a fib,’ said he. ‘No one, to my knowledge, lives there without being a meat-eater. Don’t you see that I am not asking you to take liquor, though I do so? But I do think you should eat meat, for you cannot live without it.’

‘I thank you for your kind advice, but I have solemnly promised to my mother not to touch meat, and therefore I cannot think of taking it. If it is found impossible to get on without it, I will far rather go back to India than eat meat to remain there.

‘ We entered the Bay of Biscay, but I did not begin to feel the need either of meat or liquor. I had been advised to collect certificates of my having abstained from the meeting, and I asked the English friend to give me one.

He gladly gave it and I treasured it for some time. But when I saw later that one could get such a certificate despite being a meat-eater, it lost all its charm for me. If my word was not to be trusted, where was the use of possessing a certificate in the matter?

However, we reached Southampton, as far as I remember, on a Saturday. On the boat I had worn a black suit, the white flannel one, which my friends had got me, having been kept especially for wearing when I landed. I had thought that white clothes would suit me better when I stepped ashore, and therefore I did so in white flannels.

Those were the last days of September, and I found I was the only person wearing such clothes. I left in charge of an agent of Grindlay and Co. all my kit, including the keys, seeing that many others had done the same and I must follow suit. I had four notes of introduction: to Dr P. J. Mehta, to Sjt. Dalpatram Shukla, to Prince Ranjitsinhji and Dadabhai Naoroji.

Someone on board had advised us to put up at the Victoria Hotel in London. Sjt Mazmudar and I accordingly went there. The shame of being the only person in white clothes was already too much for me. And when at the Hotel I was told that I should not get my things from Grindlay’s the next day, it being a Sunday, I was exasperated.

Dr Mehta, to whom I had wired from Southampton, called at about eight o’clock the same evening. He gave me a hearty greeting. He smiled at my being in flannels. As we were talking. I casually picked up his top-hat, and trying to see how smooth it was, passed my hand over it the wrong way and disturbed the fur. Dr Mehta looked somewhat angrily at what I was doing and stopped me.

But the mischief had been done. The incident was a warning for the future.

This was my first lesson in European etiquette, into the details of which Dr Mehta humorously initiated me. ‘Do not touch other people’s things,’ he said. ‘Do not ask questions as we usually do in India on first acquaintance; do not talk loudly; never address people as ‘sir’ whilst speaking to them as we do in India; only servants and subordinates address their masters that way; and so on.

He also told me that it was very expensive to live in a hotel and recommended that I should live with a private family. We deferred consideration of the matter until Monday.

Sjt.Mazmudar and I found the hotel to be a trying affair. It was also very expensive. There was, however, a Sindhi fellow-passenger from Malta who had become friends with Sjt Mazmudar, and as he was not a stranger to London, he offered to find rooms for us.

We agreed, and on Monday, as soon as we got our baggage, we paid up our bills and went to the rooms rented for us by the Sindhi friend. I remember my hotel bill came to £ 3 an amount which shocked me. And I had practically starved despite this heavy bill!

I could relish nothing. When I did not like one thing, I asked for another, but had to pay for both just the same. The fact is that all this while I had depended on the provisions which I had brought with me from Bombay.

I was very uneasy even in the new rooms. I would continually think of my home and country. My mother’s love always hunted me. At night the tears would stream down my cheeks, and home memories of all sorts made sleep out of the question.

It was impossible to share my misery with anyone. And even if I could have done so, where was the use? I knew of nothing that would soothe me. Everything was strange-the people, their ways, and even their dwellings.

I was a complete novice in the matter of English etiquette and continually had to be on my guard. There was the additional inconvenience of the vegetarian vow.

Even the dishes that I could eat were tasteless and insipid. I thus found myself between Scylla and Charybdis. E

England I could not bear, but to return to India was not to be thought of.

Now that I had come, I must finish the three years, said the inner voice. ~ IN LONDON AT LAST – 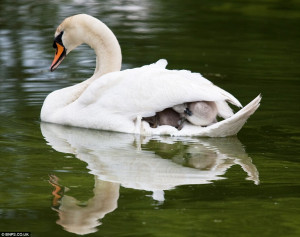 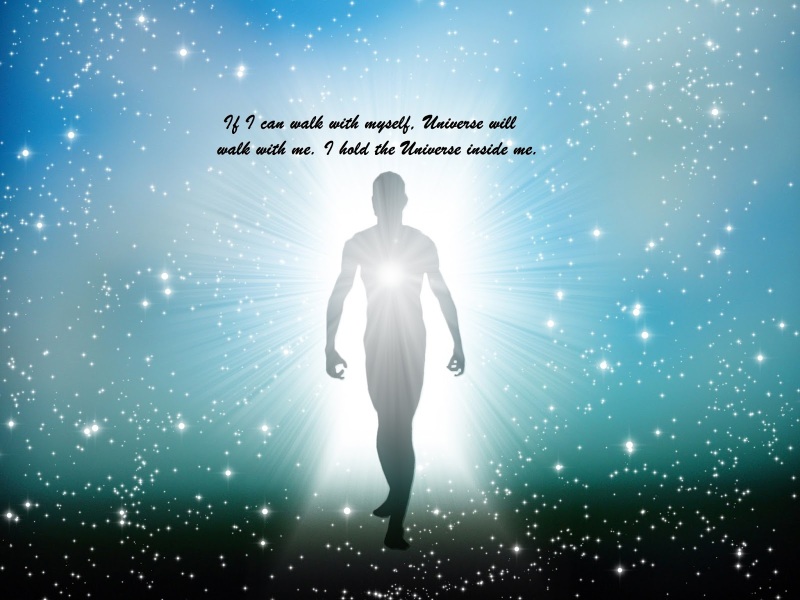 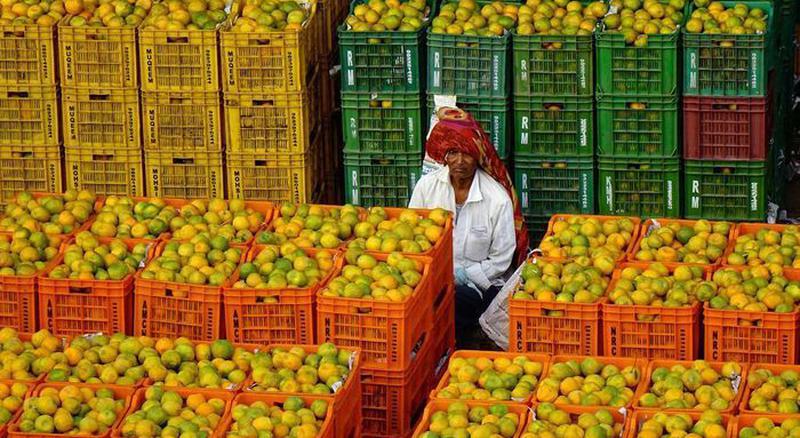 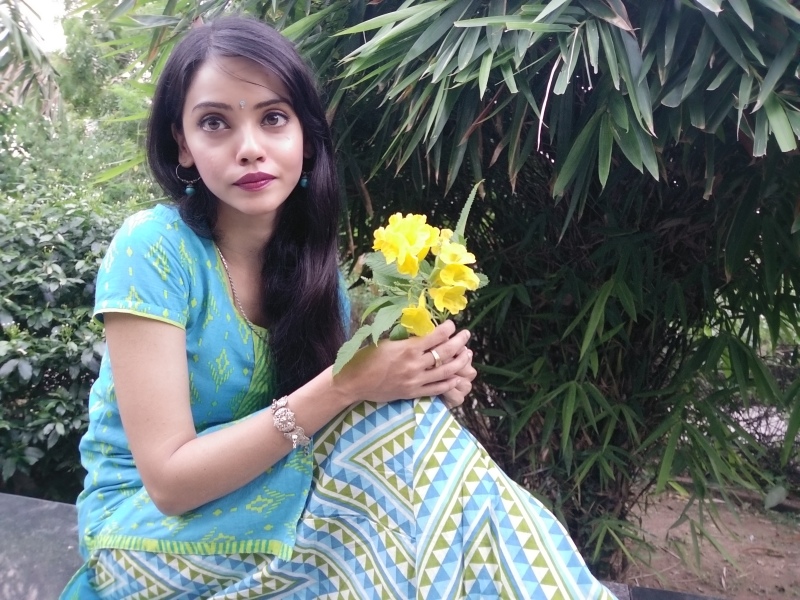 At the center of your being you have the answer; you know who you are and you know what you want.

The ultimate authority must always rest with the individual’s own reason and critical analysis.

This is our daily list of posts on that are shared across Twitter & Facebook and Shared here on mydaz.blog/  ‘Todays selection of posts from across our publishing panel, Twitter & Telegram with Kindness & Love❤️’ Aug.02, 2021: @acenewsservices #AceDailyNews says here’s todays Newspaper Headlines: #COVID19 jab for a gift for doing the right thing […]

#AceNewsReport – Aug.02: And it is those critical minutes that will now be the subject of an ACT coronial inquiry — one the ACT government actively tried to prevent…… #AceDailyNews reports on How the ABC exposed a massive communications breakdown and sparked a coronial inquiry and the decision this week by the ACT’s Chief Coroner […]

(AUSTRALIA) Council of Prawn & Fisheries Report: Producers have been conducting secret audits across the supply chain to identify any substitution fraud #AceNewsDesk report

This is our daily list of posts on that are shared across Twitter & Facebook and Shared here on mydaz.blog/  ‘Todays selection of posts from across our publishing panel, Twitter & Telegram with Kindness & Love❤️’ Aug.02, 2021: @acenewsservices (WASHINGTON) State Dept Report: U.S. will be forced to dismiss 182 employees of its diplomatic missions […]

This is our daily list of posts that are shared across Twitter & Facebook and Shared here on My.Daz.blog  ‘Todays selection of posts from across our publishing panel, Twitter & Telegram with Kindness & Love❤️’ Aug.02, 2021: @AceDailyNews Man Fatally Shot In Lancaster; Probe UnderwayAugust 1, 2021Authorities on Sunday continued to investigating the circumstances surrounding the […]