My elder brother had built high hopes on me. The desire for wealth and name and fame was great in him. He had a big heart, generous to a fault. This, combined with his simple nature, had attracted to him many friends, and through them, he expected to get me briefs. He had also assumed that I should have a swinging practice and had, in that expectation, allowed the household expenses to become top-heavy.

He had also left no stone unturned in preparing the field for my practice. The storm in my caste over my foreign voyage was still brewing. It had divided the caste into two camps, one of which immediately readmitted me, while the other was bent on keeping me out. To please the former my brother took me to Nasik before going to Rajkot, bathed me in the sacred river and, on reaching Rajkot. gave a caste dinner.

I did not like all this. But my brother’s love for me was boundless, and my devotion to him was in proportion to it, and so I mechanically acted as he wished, taking his will to be law. The trouble about readmission to the caste was thus practically over.

I never tried to seek admission to the section that had refused it. Nor did I feel even mental resentment against any of the headmen of that section. Some of these regarded me with dislike, but I scrupulously avoided hurting their feelings.

I fully respected the caste regulations about ex-communication. According to these, none of my relations, including my father-in-law and mother-in-law, and even my sister and brother-in-law, could entertain me; and I would not so much as drink water at their houses. They were prepared secretly to evade the prohibition, but it went against the grain with me to do a thing in secret that I would not do in public.

The result of my scrupulous conduct was that I never had toled by the caste; nay, I have experienced nothing but affection and generosity from the general body of the section that still regards me as excommunicated.

They have even helped me in my work, without ever expecting me to do anything for the caste. It is my conviction that all these good things are due to my non-resistance.

Had I agitated for being admitted to the caste, had I attempted to divide it into more camps, had I provoked the caste men, they would surely have retaliated, and instead of steering clear of the storm, I should on arrival from England, have found myself in a whirlpool of agitation, and perhaps a party to dissimulation.

My relations with my wife were still not as I desired. Even my stay in England had not cured me of jealousy.

I continued my squeamishness and suspiciousness in respect of every little thing, and hence all my cherished desires remained unfulfilled.

I had decided that my wife should learn reading and writing and that I should help her in her studies, but my lust came in the way and she had to suffer for my shortcoming.

Once I went the length of sending her away to her father’s house and consented to receive her back only after I had made her thoroughly miserable.

I saw later that all this was pure folly on my part. I had planned reform in the education of children, My brother had children, and my child which I had left at home when I went to England was now a boy of nearly four.

I desired to teach these little one’s physical exercise and make them hardy, and also to give them the benefit of my guidance. In this, I had my brother’s support and I succeeded in my efforts more or less.

I very much liked the company of children, and the habit of playing and joking with them has stayed with me till today. I have ever since thought that I should make a good teacher of children.

The necessity for food ‘reform’ was obvious. Tea and coffee had already found their place in the house.

My brother had thought it fit to keep some sort of English atmosphere ready for me on my return, and to that end, crockery and such other things, which used to be kept in the house only for special occasions, were now in general use.

My ‘reforms’ put the finishing touch. I introduced oatmeal porridge, and cocoa was to replace tea and coffee.

But in truth, it became an addition to tea and coffee. Boots and shoes were already there. I completed the Europeanization by adding the European dress.

Expenses thus went up. New things were added every day. We had succeeded in tying a white elephant at our door.

But how was the wherewithal to be found? To start practice in Rajkot would have meant sure ridicule.

I had hardly the knowledge of a qualified vakil and yet I expected to be paid ten times his fee! No client would be fool enough to engage me.

And even if such a one was to be found, should I add arrogance and fraud to my ignorance, and increase the burden of debt I owed to the world?

Friends advised me to go to Bombay for some time to gain experience of the High Court, to study Indian law and to try to get what briefs I could.

I took up the suggestion and went. In Bombay, I started a household with a cook as incompetent as myself.

He was a Brahman. I did not treat him as a servant but as a member of the household. He would pour water over himself but never wash.

His dhoti was dirty, as also his sacred thread, and he was completely innocent of the scriptures.

But how was I to get a better cook? ‘Well, Ravishankar,’ (for that was his name), I would ask him, ‘you may not know cooking, but surely you must know your sandhya (daily worship), etc. ‘#Sandhya#, sir! the plough is our sandhya and the spade our daily ritual. That is the type of Brahman I am. I must live on your mercy.

Otherwise, agriculture is of course there for me.’ So I had to be Ravishankar’s teacher. The time I had enough. I began to do half the cooking myself and introduced the English experiments in vegetarian cookery. I invested in a stove, and with Ravishankar began to run the kitchen.

I had no scruples about interdining, Ravishankar too came to have none, and so we went on merrily together. There was only one obstacle. Ravishankar had sworn to remain dirty and to keep the food unclean!

But I couldn’t get along in Bombay for more than four or five months, there being no income to square with the ever-increasing expenditure.

This was how I began life.

I found the barrister’s profession a bad job – much show and little knowledge.

I felt a crushing sense of my responsibility. ~ HOW I BEGAN LIFE –

Editors note: I remember this story told by my Father and of course he always embellished this story much to our youth. Laughing with glee. Such innocence was Gandhi’s ways 💫💥💫💥 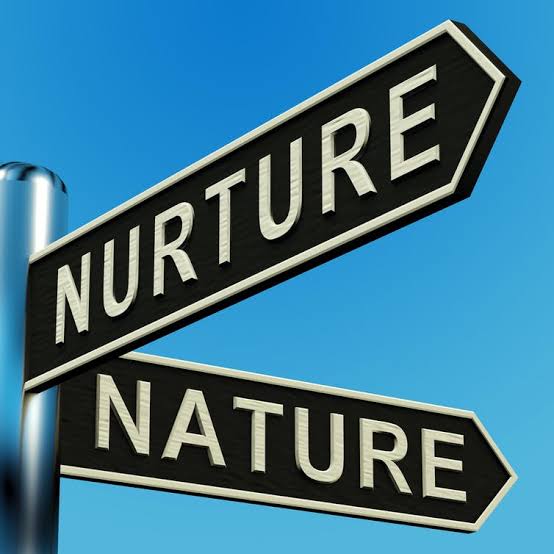 God needs you to understand 💥💥