Gamaliel said; “Refrain from these men, and let them alone: for if this counsel or this work be of men, it will come to nought: [39] But if it be of God, ye cannot overthrow it; lest haply ye be found even to fight against God.” Acts 5:38-39
In our current economy, the world in which we find ourselves in, it appears that oppression is coming upon the church. Some Christ followers’ pastors and church leaders feel as though a suffocating weight is being pressed upon them by the powers that be. Many are questioning the future of the church. But we mustn’t forget that Jesus said, “I will build my church; and the gates of hell shall not prevail against it”.
Those who would fight against God are like ants challenging a forest fire. Oppression may come, persecution may threaten our way of life, but Jesus did not promise His church or His people a peace like the world sees peace; instead, His promise is that He will be with us in those times of challenge. The Council that stood against the Apostles that day in Jerusalem were going to kill them but then came the wise words of Gamaliel. The Council listened to Gamaliel and decided to release the Apostles instead of killing them. They did however have them beaten first and then commanded them never to speak in the name of Jesus again.
Those men and women who would stand today for Christ must stand, as the Apostles did, in confidence with faith believing that Jesus is the way, the truth and the life, that in Him alone is forgiveness and life everlasting.
When the early church’s very existence was threatened on every side by oppression and persecution, Peter said that with all boldness the servants of the Lord should stand and speak the Gospel.
Those enemies that fight against the purpose of the Gospel shall not overthrow it because it is of God! Our God is a consuming fire. The enemies of God cannot prevail! Those that would fight against you are truly fighting against God. Jesus had warned the Apostles that the day was coming when “They shall put you out of the synagogues: yea, the time cometh, that whosoever killeth you will think that he doeth God service.”
Remember that the Christian soldier fights with the Gospel as his weapon; standing behind his shield of faith, he pursues. He does not hide, huddle and wait, but rather he charges forward in the name of Jesus. He fights for the souls of men. He fights under the banner of his Lord who died to see men saved, who was not willing that any should perish but that all would come to repentance. The Christian soldier fights with the truth of God’s Word; He fights with love. The same love that Christ had for each of us, a love that looks through the sin and sees the sinner within.
Yes, oppression and persecution are on the horizon like a menacing storm cloud, a darkness approaching every man, woman, and child that would proclaim the light of Jesus, but be assured, it is the light of Jesus that dispels every shadow of darkness. We have this light, this hope and this peace in Christ Jesus that even though “We are troubled on every side, yet we are not distressed; we are perplexed, but not in despair; [9] Persecuted, but not forsaken; cast down, but not destroyed;” 2 Corinthians 4:8-9
We may endure pain as soldiers for Christ; we may be battered, beat down and oppressed, but the battle is the Lord’s and the victory is ours for His namesake and in every victory, there is joy unspeakable.
The Apostles never bowed down to threats and nor should we. Fight fearless for the souls of men. Fight with the uncommon and supernatural love of Christ and His unfailing Word.
Even though the world would have you stop- Never stop! Proclaim His Word and keep speaking the name of Jesus.
That at the name of Jesus every knee should bow, of things in heaven, and things in earth, and things under the earth; [11] And that every tongue should confess that Jesus Christ is Lord, to the glory of God the Father. Phil 2:10-11
Amen.
~ 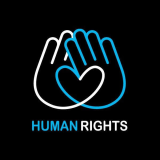 2 replies on “God needs you to understand 😌”

That he loves you ………before you were born Amen (Shalom)

A simple way to be grateful is to close your eyes for a minute and think of those who never got a chance to open them.

~ I never had a Chance

Deep into spring, winter is hanging on. Bitter and skilful in his hopelessness, he stays alive in every shady place, starving along the Mediterranean: angry to see the glittering sea-pale boulder alive with lizards green as Judas leaves. Winter is hanging on. He still believes. He tries to catch a lizard by the shoulder. One […]

(VICTORIA, Australia.) #Coronavirus Business Report: More than 50,000 Victorian businesses will be eligible for cash payments as part of a new package targeting industries that were hit by the recent “circuit breaker” lockdown.

“For beautiful eyes, look for the good in others; for beautiful lips, speak only words of kindness; and for poise, walk with the knowledge that you are never alone.”

You may need to here this right know 💯

Consider our relationship as the start of our journey towards infinity without any endings.