Though I had hired chambers in the fort and a house in Girgaum, God would not let me settle down. Scarcely had I moved into my new house when my second son Manilal, who had already been through an acute attack of smallpox some years back, had a severe attack of typhoid, combined with pneumonia and signs of delirium at night.

The doctor was called in. He said the medicine would have little effect, but eggs and chicken broth might be given with profit. Manilal was only ten years old. To consult his wishes was out of the question.

Kip Being his guardian I had to decide. The doctor was a very good Parsi. I told him that we were all vegetarians and that I could not possibly give either of the two things to my son. Would he, therefore, recommend something else? ‘Your son’s life is in danger,’ said the good doctor. ‘We could give him milk diluted with water, but that will not give him enough nourishment.

As you know, I am called in by many Hindu families, and they do not object to anything I prescribe. I think you will be well-advised not to be so hard on your son.’ ‘What you say is quite right,’ said I.

‘As a doctor, you could not do otherwise. But my responsibility is very great. If the boy had been grown up, I should certainly have tried to ascertain his wishes and respected them. But here I have to think and decide for him. To my mind, it is only on such occasions, that a man’s faith is truly tested Rightly or wrongly it is part of my religious conviction that man may not eat meat, eggs, and the like.

There should be a limit even means of keeping ourselves alive. Even for itself, we may not do certain things. Religion, as I understand it, does not permit me to use meat or eggs for me or mine even on occasions like this, and I must therefore take the risk that you say is likely. But I beg of you one thing. As I cannot avail myself of your treatment, I propose to try some hydropathic remedies which I happen to know.

But I shall not know how to examine the boy’s pulse, chest, lungs, etc. If you will kindly look in from time to time to examine him and keep me informed of his condition, I shall be grateful to you.’ The good doctor appreciated my difficulty and agreed to my request.

Though Manilal could not have made his choice, I told him what had passed between the doctor and myself and asked him his opinion. ‘Do try your hydropathic treatment,’ he said. ‘I will not have eggs or chicken broth.’ This made me glad, though I realized that, if I had given him either of these, he would have taken it. I knew Kuhne’s treatment and had tried it too. I knew as well that fasting also could be tried with profit.

So I began to give Manilal hip baths according to Kuhne, never keeping him in the tub for more than three minutes, and kept him on orange juice mixed with water for three days. But the temperature persisted, going up to 104. At night he would be delirious. I began to get anxious. What would people say of me? What would my elder brother think of me?

Could we not call in another doctor? Why not have an Ayurvedic physician? What right had the parents to inflict their fads on their children? I was haunted by thoughts like these. Then a contrary current would start. God would surely be pleased to see that I was giving the same treatment to my son as I would give him. I had faith in hydropathy and little faith in allopathy.

The doctors could not guarantee recovery. At best they could experiment. The tread of life was in the hands of God. Why not trust it to Him and in His name go on with what I thought was the right treatment?

My mind was torn between these conflicting thoughts. It was night. I was in Manilal’s bed lying by his side. I decided to give him a wet sheet pack. I got up, wetted a sheet, wrung the water out of it and wrapped it about Manilal, keeping only his head out and then covered him with two blankets. To the head, I applied a wet towel. The whole body was burning like hot iron, and quite parched. There was no perspiration. I was sorely tired. I left Manilal in the charge of his mother and went out for a walk on Chaupati to refresh myself.

It was about ten o’clock. Very few pedestrians were out. Plunged in deep thought, I scarcely looked at them, ‘My honour is in Thy keeping oh Lord, in this hour of trial,’ I repeated to myself. #Ramanama# was on my lips. After a short time, I returned, my heart beating within my breast.

No sooner had I entered the room than Manilal said, ‘You have returned, Bapu?’ ‘Yes, darling.’ ‘Do please pull me out. I am burning.’ ‘Are you perspiring, my boy?’ ‘I am simply soaked. So please take me out.’ I felt his forehead. It was covered with beads of perspiration. The temperature was going down. I thanked God.

‘Manilal, your fever is sure to go now. A little more perspiration and then I will take you out.’ ‘Pray, no. Do deliver me from this furnace. Wrap me some other time if you like.’ I just managed to keep him under the pack for a few minutes more by diverting him.

The perspiration streamed down his forehead. I undid the pack and dried his body. Father and son fell asleep in the same bed. And each slept like a log. The next morning Manilal had much less fever. He went on thus for forty days on diluted milk and fruit juices.

I had no fear now. It was an obstinate type of fever, but it had been got under control. Today Manilal is the healthiest of my boys. Who can say whether his recovery was due to God’s grace, or hydropathy, or careful dietary and nursing? Let everyone decide according to his faith.

For my part, I was sure that God had saved my honour, and that belief remains unaltered to this day. 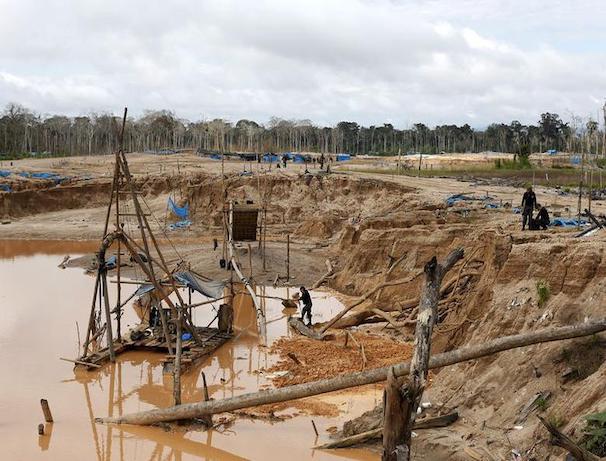 This is our daily list of posts on that are shared across Twitter & Facebook and Shared here on mydaz.blog/  ‘Todays selection of posts from across our publishing panel, Twitter & Telegram with Kindness & Love❤️’ May.10, 2021: @acenewsservices Newspaper headlines: ‘Starmer swings axe’, and ‘darling hugs of May’ BBC News: Staff: The Guardian says […]

This is our daily list of posts on that are shared across Twitter & Facebook and Shared here on mydaz.blog/  ‘Todays selection of posts from across our publishing panel, Twitter & Telegram with Kindness & Love❤️’ May.10, 2021: @acenewsservices China in the News: May 10, 2021  Craig Hill: China Flag China-backed Confucius Institutes face closure under […]

Ace Weather Report: ‘Storm activity to intensify along Queensland coast and hinterlands from tonight, as storm and shower activity across eastern part is set to increase this week, with the Bureau of Meteorology (BOM) forecasting Tuesday and Wednesday as peak days’ Posted 2h ago BOM forecaster Rosa Hoff said the inclement weather would come from two troughs […]

#AceNewsReport – May.10: Richard Visser was 19 years old when he went to Luna Park with his girlfriend and her two younger sisters: He has told the ABC he remembers smelling kerosene inside the ride late that night. Kerosene was a popular fire accelerant at the time, used frequently to commit arson. NEW SOUTH WALES: […]

(BEIJING, China.) JUST IN: Chinese officials have blamed strong winds after a 100-metre-high glass bridge near the city of Longjing shattered and left a tourist stranded #AceNewsDesk report

A wind comes from the north Blowing little flocks of birds Like spray across the town, And a train, roaring forth, Rushes stampeding down With cries and flying curds Of steam, out of the darkening north. Whither I turn and set Like a needle steadfastly, Waiting ever to get The news that she is free; […]

Some of the classes which render us the greatest social service, but which we Hindus have chosen to regard as ‘untouchables,’ are relegated to remote quarters of a town or a village, called in Gujarati dhedvado, and the name has acquired a bad odour. Even so in Christian Europe the Jews were once ‘untouchables’ and […]

The serenity of God’s unconditional love inspires a profound life! Share this with someone you love and be blessed!

(BEIJING) JUST IN: The remains of a Chinese rocket that was hurtling back towards Earth have crashed into the Indian Ocean, the country’s space agency says #AceNewsDesk report

#AceNewsReport – May.10: There have been days of speculation over where the rocket might land, and US officials and other experts warned its return risked potential casualties: CHINA: Chinese rocket debris crashes into Indian Ocean – state media: The bulk of the rocket was destroyed as it re-entered the atmosphere, but state media reported that […]