#AceNewsReport – Feb.26: Someone tries to livestream their encounters with the police, only to find that the police started playing music.

‘The timing of music being played when a cop saw he was being filmed was not lost on people. It seemed likely that the goal was to trigger Instagram’s over-zealous copyright filter, which would shut down the stream based on the background music and not the actual content. It’s not an unfamiliar tactic, and it’s unfortunately one based on the reality of how copyright filters work: In the case of a February 5 meetingbetween an activist and the Beverly Hills Police Department, the song of choice was Sublime’s “Santeria.” The police may not got no crystal ball, but they do seem to have an unusually strong knowledge about copyright filters’

Copyright filters are generally more sensitive to audio content than audiovisual content. That sensitivity causes real problems for people performing, discussing, or reviewing music online. It’s a problem of mechanics. It is easier for filters to find a match just on a piece of audio material compared to a full audiovisual clip. And then there is the likelihood that a filter is merely checking to see if a few seconds of a video file seems to contain a few seconds of an audio file.

It’s part of why playing music is a better way of getting a video stream you don’t want seen shut down. (The other part is that playing music is easier than walking around with a screen playing a Disney film in its entirety. Much fun as that would be.)

The other side of the coin is how difficult filters make it for musicians to perform music that no one owns. For example, classical musicians filming themselves playing public domain music—compositions that they have every right to play, as they are not copyrighted—attract many matches. This is because the major rightsholders or tech companies have put many examples of copyrighted performances of these songs into the system. It does not seem to matter whether the video shows a different performer playing the song—the match is made on audio alone. This drives lawful use of material offline.

Another problem is that people may have licensed the right to use a piece of music or are using a piece of free music that another work also used. And if that other work is in the filter’s database, it’ll make a match between the two. This results in someone who has all the rights to a piece of music being blocked or losing income. It’s a big enough problem that, in the process of writing our whitepaper on YouTube’s copyright filter, Content ID, we were told that people who had experienced this problem had asked for it to be included specifically.

Filters are so sensitive to music that it is very difficult to make a living discussing music online. The difficulty of getting music clips past Content ID explains the dearth of music commentators on YouTube. It is common knowledge among YouTube creators, with one saying “this is why you don’t make content about music.”

Criticism, commentary, and education of music are all areas that are legally protected by fair use. Using parts of a thing you are discussing to show what you mean is part of effective communication. And while the law does not make fair use of music more difficult to prove than any other kind of work, filters do.

YouTube’s filter does something even more insidious than simply taking down videos, though. When it detects a match, it allows the label claiming ownership to take part or all of the money that the original creator would have made. So a video criticizing a piece of music ends up enriching the party being critiqued. As one music critic explained:

Every single one of my videos will get flagged for something and I choose not to do anything about it, because all they’re taking is the ad money. And I am okay with that, I’d rather make my videos the way they are and lose the ad money rather than try to edit around the Content ID because I have no idea how to edit around the Content ID. Even if I did know, they’d change it tomorrow. So I just made a decision not to worry about it.

This setup is also how a ten-hour white noise video ended up with five copyright claims against it. This taking-from-the-poor-and-giving-to-the-rich is a blatantly absurd result, but it’s the status quo on much of YouTube.

A group, like the police, who is particularly tech-savvy could easily figure out which songs result in videos being removed rather than have the money stolen. Internet creators talk on social media about the issues they run into and from whom. Some rightsholders are infamously controlling and litigious.

Copyright should not be a fast-track to getting speech removed that you do not like. The law is meant to encourage creativity by giving artists a limited period of exclusive rights to their creations. It is not a way to make money off of criticism or a loophole to be exploited by authorities. 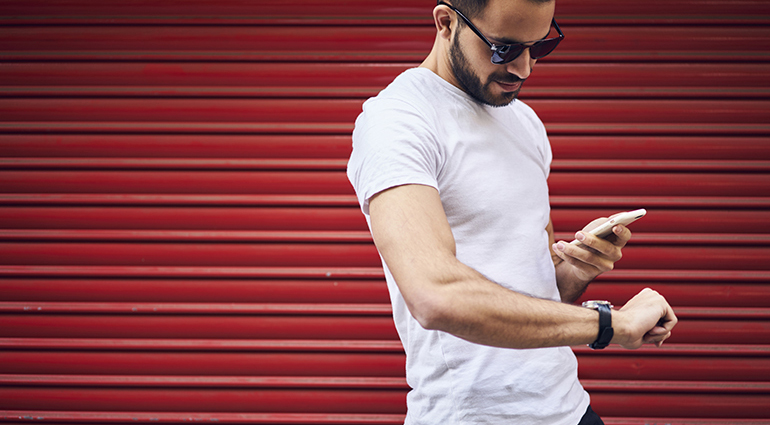 #AceNewsReport – Apr.22: Daily news headlines about Asia from around the world (past 24 hours) Asia in the News: April 22, 2021 Craig Hill: Asian Flags The Taiwan risk gorilla kicks Kim to Asia’s sidelines William Pesek is an award-winning Tokyo-based journalist and author of “Japanization: What the World Can Learn from Japan’s Lost Decades.”Kim Jong […]

#AceNewsReport – Apr.22: Daily news headlines about China from around the world (past 24 hours) China in the News: April 22, 2021 Craig Hill: China Flag What happens to China’s rich and famous when they run into trouble with the law? China is producing billionaires faster than anywhere on earth. But many of those who reach […]

(UKRAINE) UIF Report: A total of 64% of Ukrainians support the initiative for Ukraine to join the North Atlantic Treaty Organization (NATO)

#AceNewsReport – Apr.22: The BRI is a massive network of Chinese-funded infrastructure projects — including new ports, pipelines, railways and highways — stretching from Asia to Europe: ‘It is the first time the Commonwealth has used new powers that allow it to cancel agreements that state and territory governments, local councils and public universities strike […]

(GOLD COAST) Southport Magistrates Court Report: The former partner of a woman whose body was found with burns in her backyard has been remanded in custody after being charged with murder and breaching a domestic violence order #AceNewsDesk report

#AceNewsReport – Apr.22; There was no application for bail and he was remanded in custody at a hearing in Southport Magistrates Court on Wednesday morning: UPDATE: Man accused of murdering Gold Coast woman found burnt in Arundel backyard remanded in custody: Brian Earl Johnston, 34, is under police guard in a Brisbane hospital after sustaining […]

This is our daily list of posts that are shared across Twitter, Facebook & Tumblr and Shared here on My.Daz.blog  ‘Todays selection of posts from across our publishing panel, Twitter & Telegram with Kindness & Love’  April, 22, 2021: @AceDailyNews Dallas Man Sentenced In Crash That Killed Mississippi Woman, After Admitting To Driving DrunkApril 21, 2021A […]

This is our daily list of posts on that are shared across Twitter & Facebook and Shared here on mydaz.blog/  ‘Todays selection of posts from across our publishing panel, Twitter & Telegram with Kindness & Love’  March: 22/04/2021: @acenewsservices (LIVERPOOL, U.K.) Merseyside Police Report: Officers have arrested four teenagers on suspicion of murder following the […]

(SOUTH AFRICA) Wildlife Report: Creation Bites Back with a number of cases were man tries to kill them and they are attacked and in some cases killed by another animal #AceNewsDesk report

On this day of your life, I believe God wants you to know

that adversity reveals genius, prosperity conceals it. Horace said that, and he was right. During any time ofadversity, your genius will be revealed, as will that of all civilisation. We will find that there is another way to live other than ‘dog eatdog,’ and another worthy goal other than‘bigger, better, more.’ See this time, then, […]

A MONTH WITH GOKHALE ~ Gandhi

He was deeply impressed with my habit of fending for me, my cleanliness, perseverance and regularity, and would often overwhelm me with praise. He seemed to keep nothing private from me. He would introduce me to all the important people that called on him. Of these, the one who stands foremost in my memory is […]