#AceNewsReport – Apr.07: Cubbie Station’s administrators have signed a formal agreement to sell the vast property, and its extensive water rights, to the consortium led by the Shandong RuYi Group and an Australian company known as Lempriere: The sale price has not been revealed and the contract is still subject to finance and regulatory approvals: The station’s eventual sale was approved by the Federal Government at the end of last month on the advice of the Foreign Investment Review Board in 2012:

The property offers a case study in overallocation, but no easy solution: QUEENSLAND’S Cubbie Station has long been cast as a villain in the slow death of the Murray-Darling river system. Now the 93,000-hectare property is for sale and the debate about whether the Commonwealth should acquire its water reserves is a reminder that the Murray-Darling story is an environmental and economic tragedy involving many villains.

As the Federal Government is cautioning, buying these water entitlements is not a simple matter. This, in turn, reflects the failure of governments, irrigators and water authorities to establish nationally consistent rules for the Murray-Darling system.

Three years ago Cubbie Station, Australia’s largest cotton farm and the biggest irrigation operation in the southern hemisphere, was placed in administration with debts of about $300 million.

The 93,000-hectare property amalgamates 12 flood plains, with huge dams stretching across 28 kilometres of the Culgoa River at the top of the Murray-Darling Basin system.

Initially, Shandon RuYi will hold 80 per cent of the value of the investment but there is an enforceable undertaking set by Federal Treasurer Wayne Swan which will require it to sell down that holding to no more than 51 per cent within three years.

There are also conditions on the contract set by Mr Swan which will require the existing workforce to be used and that a subsidiary company of Lempriere will actually have the day-to-day running of the operations.

It will be required to do them on an arm’s-length commercial basis because of the concerns that China would be looking to shore up its resources security through this investment.

The new owners must also report to the Foreign Investment Review Board every 12 months.

Dale Miller from AgForce has welcomed the announcement, saying it will boost confidence in the industry.

“It brings certainty into that investment sphere so that the local economy is likely to see a reinvigoration of that enterprise,” he said.

Balonne Shire Mayor Donna Stewart says most of her constituents are opposed to the sale of Cubbie Station.

“A very sad for Australian people as a whole that we’re selling off prime agricultural land to foreign interests,” she said.

But she says some farmers support the sale.

“They are saying that it needs to come out of administartion,” she said.

Nationals senator Barnaby Joyce says the Government has signalled it is open slather on the sale of Australian farm land by allowing the Cubbie sale.

“If this property can go through, then what one would they ever stop?” he said.

“No-one’s explained to me if there was any line in the sand anywhere.”

Senator Joyce has been a long-time opponent of a foreign takeover of Cubbie, and his critics have labelled his stance xenophobic, claims he denies.

His call came after the ABC’s PM program revealed that at least a dozen Australian bidders expressed interest in buying the farm, but were rejected.

PM was told some of the rejected bids came from local businesses offering more money but that they were rejected by the station’s administrator.

Cubbie Station is located on the Darling Riverine Plains bioregion. The topography of the region is defined by channels and floodplains of the upper reaches of the Darling and Barwon rivers:

The station was created by amalgamating twelve floodplain properties to give Cubbie a total of fifty-one licences.[4] The station’s water storage dams stretch for more than 28 kilometres (17 mi) along the Culgoa River, within the Murray-Darling basin. In an average year the station uses 200,000 megalitres (7,100×10^6 cu ft) of water, in a good year as much as 500,000 megalitres (18,000×10^6 cu ft).

The water is used to supply 130 square kilometres (50 sq mi) of irrigated cotton and other crops including wheat, which generates a net profit in the range of A$50 million to A$80 million a year.[5][6]

The station is licensed to take 460,000 megalitres (16,000×10^6 cu ft),[4] the equivalent of all irrigation entitlements downstream in north-western NSW.[4] The property has the capacity to grow 200 square kilometres (77 sq mi) of cotton. In 2006, the dams on the property were filled to 1% capacity allowing for only 200 hectares (490 acres) of cotton planting.[7] The station is often derided for its large water usage requirements in a time of extreme drought in Australia and damage to the Murray Darling river system[8]

As part of the 49% purchase by Macquarie Infrastructure and Real Assets (MIRA), CS Agriculture has agreed to voluntarily contribute 10 gigaliters of water to the Culgoa River without compensation[1]

As of January 2019, Cubbie Station has not harvested any water since April 2017, when it took 14GL of the 156GL that passed through St George but left more than 2GL of its entitlement to flow downstream. In March 2018, Cubbie passed on another 3GL it was entitled to take.[9]

During his term as Minister for the Environment, Malcolm Turnbull did not rule out its possible acquisition by the Australian government.[10][11]

On 7 August 2019 Macquarie Infrastructure and Real Assets (MIRA) purchased a 49% share in Cubbie Station while Shandong Ruyi retained a 51% share as per the initial agreement entered into by Shandong Ruyi with the Australian Government in 2012.[1]

On 31 August 2012 the Australian Government, on advice from the Foreign Investment Review Board, approved the sale of Cubbie Group, to a consortium comprising Shandong RuYi Scientific & Technological Group Co Ltd, a clothing and textile company owned by Chinese and Japanese investors, and Lempriere Group, an Australian family-owned company involved in wool trading and agricultural property management.[12] The approval provided RuYi with an 80% initial ownership interest on condition that this interest be reduced to 51% within three years. The interest is to be sold to an independent third party.[13] The consortium are bound by existing water licence conditions[13] and the property is operated and managed by the Australian company using the existing workforce.[14]

The purchase of Cubbie Station by foreign interests had the support of the major opposition party in the Australian Parliament, the Liberal Party. However, there was dissension amongst some members of the Nationals, who had concerns with foreign-ownership of agricultural land and water rights, claiming that the sale is not in Australia’s national interest.[13][14][15]

The purchase of Cubbie Group by the joint venture CS Agriculture was completed on 25 January 2013, for an estimated purchase price of A$240 million.[6]

On 29 October 2009, Cubbie Group Limited, the former owner of Cubbie Station, announced it would voluntarily enter administration on the following day. The company had incurred debts of over A$300 million, as a result of poor rainfall in the region in the preceding five years. Corporate recovery specialists, McGrathNicol, were appointed as Administrators of the Cubbie Group on 30 October 2009: 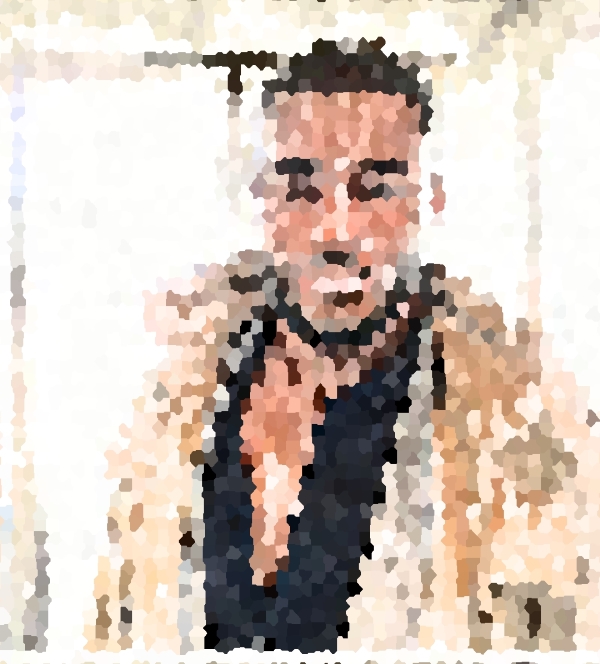 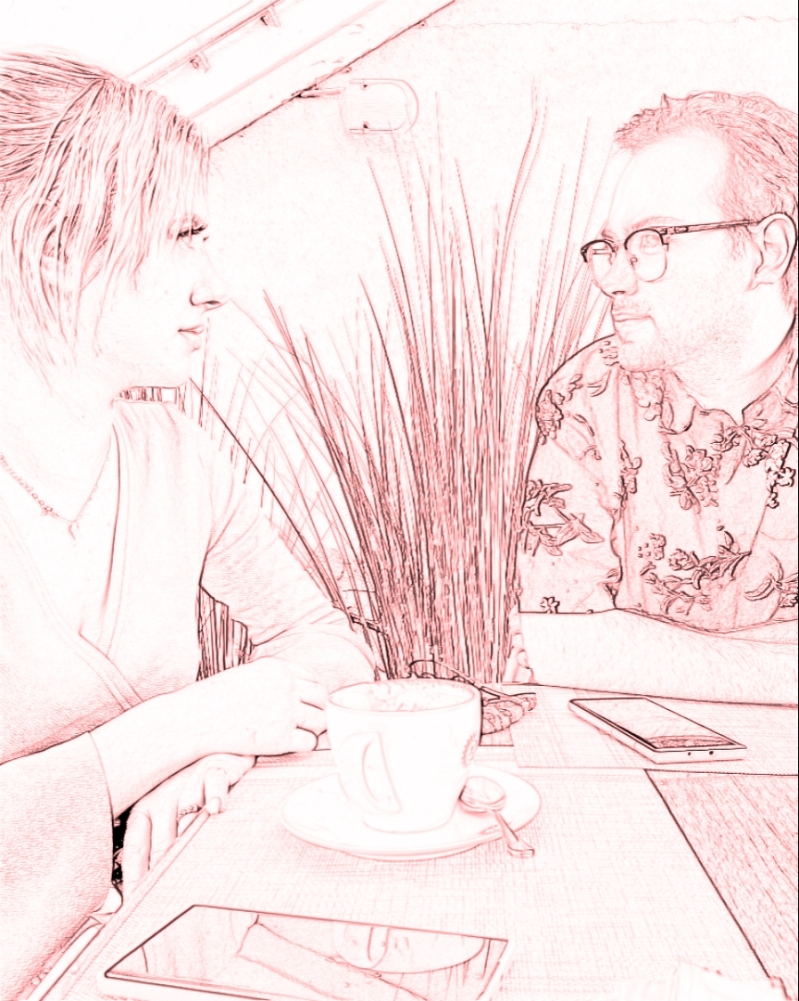