#AceDailyNews says here’s todays U.K. Newspaper Headlines: ‘Isolation insanity’ as government impose travel restrictions until August.16: The Daily Express takes a different tack, calling Sajid Javid’s move to end self-isolation for those who are fully vaccinated from 16 August a “freedom boost” and with opening up as school holidays begin fans hope that England can ‘bring it home’ with Reuters reporting fans will be hoping Harry Kane scores again tonight

Many front pages feature good luck messages for the England football team ahead of their Euro 2020 semi-final against Denmark this evening.

Beside a picture of the “unstoppable” England captain Harry Kane, The Daily Telegraph reports that the government has been accused of delaying “Freedom Day” with its plans to make fully vaccinated people follow self-isolation rules right up until 16 August. It says the development has dealt a blow to the hospitality and arts sectors, with warnings that venues and performances face being shut down when a single member of staff or crew tests positive for #coronavirus.

The Financial Times also takes a look at the impact of the delay to ending isolation rules, saying business and health chiefs are warning England will face weeks of workplace chaos: It expects about 2 million people a week to be at risk of contracting coronavirus or being asked to self-isolate.

The Guardian has done some further analysis of the numbers and reports potentially as many as 10 million people could have to isolate over a six-week period: It quotes Health Secretary Sajid Javid saying England was entering “uncharted territory” in its wholesale scrapping of lockdown rules from 19 July.

The i has an exclusive story under the headline “Masks were ditched for the economy”. It quotes a Whitehall source saying the driving force to scrap mandatory face coverings came from modelling that showed events and hospitality industries could lose more than £4bn. It adds that ministers decided to lift the mask-wearing restriction despite scientists’ warnings that “baseline measures” should be kept in place to control a “resurgence in infections” and stop “super-spreader events”.

The Times has news for travellers this summer – it says that from as early as 19 July, fully vaccinated people arriving in England from countries on the amber list will be able to avoid quarantine. Ministers will meet on Wednesday to sign off a policy, it says, that will allow people to travel from amber destinations without isolating for up to 10 days, thereby opening up travel from France, Greece, Italy and Spain.

Football and beer make the front of the Metro. It reckons fans will sink 30 million pints as they cheer on their team, leaving the streets deserted but bringing a boost to the beleaguered hospitality industry. Beside the headline “Beer we go”, an England fan with a full pint is pictured saying a little prayer for England.

For the Sun, it’s football and a bacon sandwich, a nod to England’s semi-final opponents. It calls on Southgate’s lads to bring home the bacon, saying it’s time to sizzle against the Danish.

The Daily Star is willing England on with the Shakespearean rallying call – once more unto the breach, dear friends: But it acknowledges the team might need a bit of luck on their side if they’re to secure a place in the Euro 2020 final. Touch wood, they tell their readers.

“Let’s make history” is the rallying cry from The Daily Mail. In a nod to one of Denmark’s most famous exports, The Sun urges Gareth Southgate’s side to “bring home the bacon”.

The Daily Telegraph says the nation is a “land of hope” and one that has a “dream of glory”. But the paper’s Matt cartoon features a familiar warning for English football fans. “It’s the Danes,” the caption reads, showing Vikings coming ashore – “and I’m afraid they’ve been practising penalties!”

The much-anticipated match comes with some eye-watering numbers. Under its headline of “Beer we go,” Metro says some 30 million pints will be drunk today, with almost seven million served in bars. The Daily Mirror estimates that there will be 25 million people watching the match on television.

The Danish paper, Politiken, is in bullish mood. “Denmark has all the right weapons to conquer Wembley – again,” is its main headline, in a reference to the 1-0 scoreline the last time the two sides met in London. There’s also a cartoon of the players mocked up as Vikings in a traditional long boat.

The online edition of the tabloid, BT, also urges the Danes to summon up the spirit of Sweyn Forkbeard’s conquest in 1013. “We plundered England then, and we must do the same this time”, is its message.

“Isolation insanity” is The Daily Mail’s take on the extension of self-isolation rules in England until the middle of August. The former Conservative leader, Sir Iain Duncan Smith, has told The Daily Telegraph that delaying the changes for the fully vaccinated “makes a mockery” of the idea that all restrictions in England will end on 19 July.

But the Guardian has learned that ministers were told that ending self-isolation for all contacts in a fortnight’s time would result in cases being 25% higher than waiting another month.

The Daily Express is upbeat about Sajid Javid’s announcement on the end to self-isolating for those who have been fully vaccinated, calling it a “freedom boost”. Similarly, the Daily Mirror urges its readers to “wait one more month”. But in its leader column, the FT says asking those who have been double jabbed to stay at home “no longer makes sense”.

The Times’ editorial is even more exasperated: “Pinging hell”, is the accompanying headline. It says while the change is welcome, it will not “take effect soon enough to prevent a summer of further chaos”.

“Masks were ditched for the economy,” is the i’s lead. It says ministers were shown an analysis that concluded keeping compulsory face masks could cost the events and hospitality industry in England more than £4bn in lost revenues. Reviews of mass gatherings had found a public dislike for wearing face coverings at sporting, music and arts events. A Whitehall source has told the paper the findings were the “compelling” driving force behind the decision to scrap face masks.

The Times reports that boiling lobsters alive will be banned, as part of an expansion of the Animal Welfare Bill. The draft legislation currently only covers vertebrates – but the government is to back an amendment that would extend the law to cover shellfish and molluscs. Animal welfare campaigners say stunning lobsters with an electric gun or chilling them in ice before boiling are the most humane methods. The amendment is also likely to ban the practices of shrink wrapping live shellfish and sending them through the post.

The Guardian reports that Channel 4 could be allowed to makes its own programmes if it is privatised by the government. Ministers believe the broadcaster urgently needs outside investment to compete with streaming services such as Netflix. Independent production companies have warned about the financial impact of changing Channel 4’s model, while the broadcaster has insisted it has a strategy to move away from its reliance on television advertising revenue.

And, while many football fans will be turning to their lucky charms for tonight’s big game, the Daily Mail says those of a superstitious nature can do nothing about the fact the match is being shown on ITV. It points out England’s record on the channel is “awful”, with just six wins from 25 tournament matches since the start of the 1998 World Cup. By contrast, the team’s record on the BBC is 17 victories from 24 games. Perhaps luckily, according to The Times, both broadcasters will show the final. 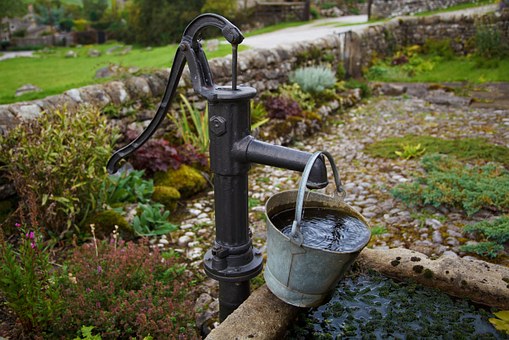